Leonard Circus, Hackney, is east London’s first example of a ‘shared space’ bringing together pedestrians, cyclists and vehicles in a harmonious environment. The shared space scheme was completed by VolkerHighways and London Borough of Hackney’s highways team.

The Council used a Dutch design model to transform Leonard Circus into an attractive, people-orientated brick and granite public place.

Several of our Car Bike Ports have been included in the re-development of the area, providing increased cycle storage space as well as reducing street clutter. The scheme has received lots of positive attention since the original plans were mentioned earlier this year. So much so, it has been shortlisted for the Design Award and the People’s Choice Award at this year’s Hackney Design Awards 2014. The winner will be announced on the 26th November 2014.

If you have a project in mind, contact us to find out more about how our Car Bike Ports could be used.

Learn more about the scheme here. 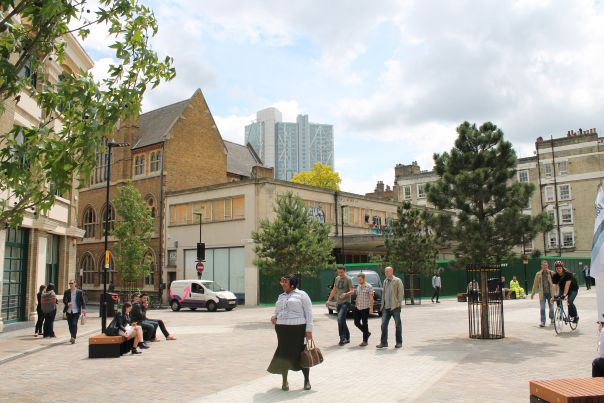